I love to browse through old community cookbooks. Sometimes the recipes have unusual names that intrigue me. This is one of those times. A 1923 cookbook published by the General Welfare Guild of the Beaver Valley General Hospital in New Brighton, Pennsylvania had a recipe for “A Homely Way to Cook Potatoes.” Can potatoes be “homely?”

The recipe called for putting potatoes, onion, parsley and seasonings in a saucepan with water, and then boiling the mixture. The recipe was easy to make. The potatoes reminded me of old-fashioned parsley potatoes. And, the homely potatoes (dare I say it?) were attractive.

I’m not exactly sure how much  “4 large tablespoon butter” is, so I used four tablespoons of butter. It also did not seem like boiling water needed to be used in this recipe. I just used cold water. I’m sure that it took a little longer to heat, but that was okay with me.

A Homely Way to Make Potatoes

Put all ingredients in a large saucepan. Bring to a boil using high heat; then reduce heat and simmer until the potatoes are tender (approximately 15-20 minutes). Remove from heat and drain. Serve immediately.

As we move into the new year, I’m shifting from making 1922 recipes to making 1923 recipes. I’m always re-energized each January when I have a whole new set of cookbooks and magazines to search through to find recipes to make for this blog. I recently purchased several 1923 cookbooks on eBay. Here are a few of the books that I’ll be pulling recipes from this year.

The Order of the Eastern Star Relief Fund Cook Book was “compiled and arranged by Minnie Grace Kenyon, Past Grand Matron,Michigan Grand Chapter, Order of the Easter Star.” The cookbook does not mention the purpose of the relief fund, so I don’t know why they were raising money by publishing a cookbook.

This organizations is an important auxiliary to the Hospital, having furnished and now maintaining:

as well as contributing liberally to many other charities.

I always enjoy the rich holiday foods – but I also find that I crave simpler comfort foods as the new year rolls around. It’s also the time of year when I enjoy making soups, so I was pleased to find a hundred-year-old recipe for Cream of Corn Soup. The soup included both corn and bits of bacon, and was a delightful taste treat.

This recipe is a keeper. My husband said, “This is good,” which is high praise from him.

Here is the recipe updated for modern cooks:

Cream of Corn Soup (with Bacon)

Fry bacon until crisp in a Dutch oven or large saucepan, then remove from pan and crumble into small pieces. Set the crumbled bacon aside.

Stir in the flour, salt, and pepper into the bacon grease (fat). Then gradually add the milk while stirring constantly. Add the corn and crumbled bacon. Stir to combine. Continue heating until hot and steamy. 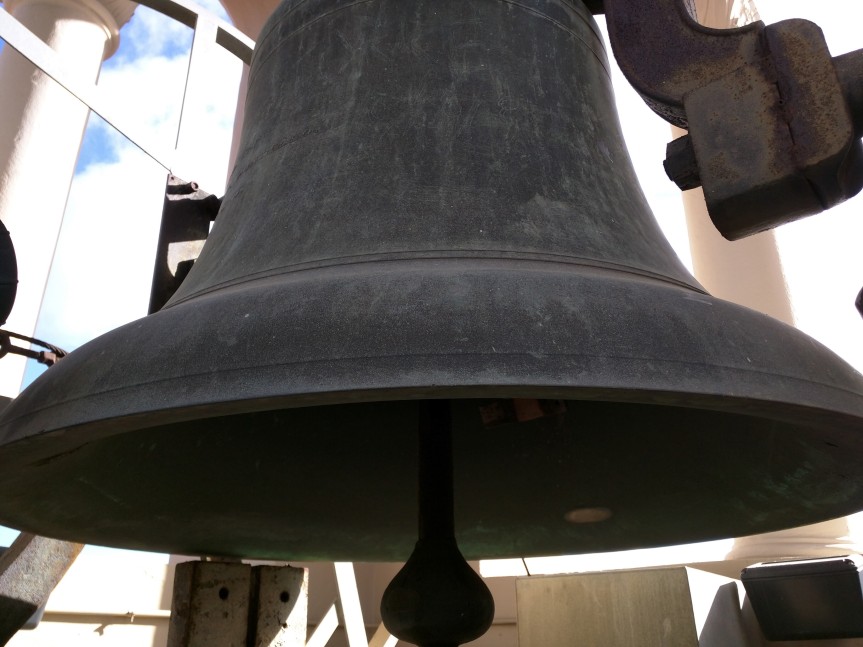 We always hear about the Roaring 20’s, but here is how a hundred-year-old magazine said that New Year’s Eve should be celebrated:

It is very natural to wish to drink to the health of one’s friends at the beginning of a new year, but fortunately the drunkenness and carousing that formerly marked New Year’s Eve have largely passed away and now we one another  “Happy New Year” just as fervently as of old, though less boisterously.

Surely the beginning of a new year is a day peculiarly adapted for family celebrations. The color scheme most appropriate is that of the Christmas Season- the read and green of the holly, which brings good luck. The bell is often used as a symbol of the New Year. “Ring out the old – Ring in the new.”

Busy planning menus for holiday gatherings? Maybe some hundred-year-old December menus for special occasions might give you some ideas.

Some holiday foods seem to have largely gone out of style. I have vague memories of decorative salads made by carefully arranging canned fruits and other ingredients on individual plates that were served at holiday gatherings when I was a child – but haven’t had one of these salads in years.  But when I saw a recipe for Winter Salad in the December, 1922 issue of American Cookery, I was intrigued, and decided to give it a try. A canned peach half, that is surrounded by grapefruit segments, is filled with chopped celery and pecans, and placed on some lettuce leaves. It is then topped with whipped cream flavored with paprika and topped with a candied cherry. (I used a Maraschino cherry.)

I wasn’t quite sure about this recipe – the combination of ingredients seemed very unusual and I thought it extremely unusual to flavor whipped cream with paprika instead of sugar. That said, the Winter Salad was very attractive in an old-fashioned way.

This recipe won’t quite make the cut for the family Christmas dinner. I can’t quite picture serving it to friends and family at a holiday event (some things are just out of style); however, the combination of ingredients and flavors actually worked – and I can honestly say that the salad was tasty.

The recipe provides no information about how many peach halves should be used; however it does say that 1/2 cup of cream should be whipped. This recipe makes a lot of whipped cream, so I think that the recipe is for a large can (29 ounce) of peaches (or a quart of home canned peaches) – which typically contain about 8 peach halves. So I indicated below that the recipe is for 8 servings. However, it is easy to use smaller amounts of the various ingredients if fewer servings are needed.

2 -3 grapefruit (peeled and separated into segments)

Arrange lettuce leaves on individual salad plates, and top with a peach half. Surround the peach half with grapefruit segments. Fill each half with a mixture of the chopped celery and pecans.

Meanwhile, put the heavy cream in a deep mixing bowl; beat until soft peaks form. Add the paprika, salt, and lemon juice; beat to combine. Spoon 1 tablespoon of the whipped cream on top of each filled peach, then top with a cherry.