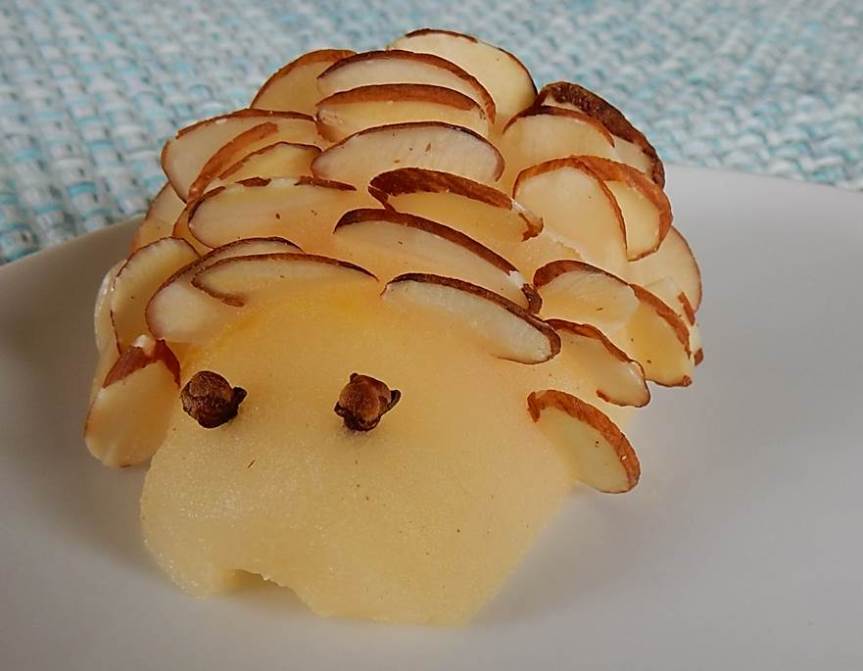 I have warm memories of making Raggedy Ann Salad and other character-shaped salads using canned fruits when I was a child, so I was thrilled to see a recipe for Porcupine Salad in a hundred-year-old cookbook.

Porcupine Salad was fun and easy to make, and it turned out beautifully. Almond slices are inserted into a canned pear half, and whole cloves are used to make the eyes.

When I made the recipe I didn’t serve it on a lettuce leaf, and  I skipped the fruit salad dressing, but they could be added if desired. I found this recipe in the same cookbook that contained the Fruit Salad Dressing Made with Honey that I made last week, so that dressing could be used to replicate the original recipe’s serving suggestion.

Insert the almond slices into the larger part of the pear half, then stick the two cloves into the small end for the eyes. 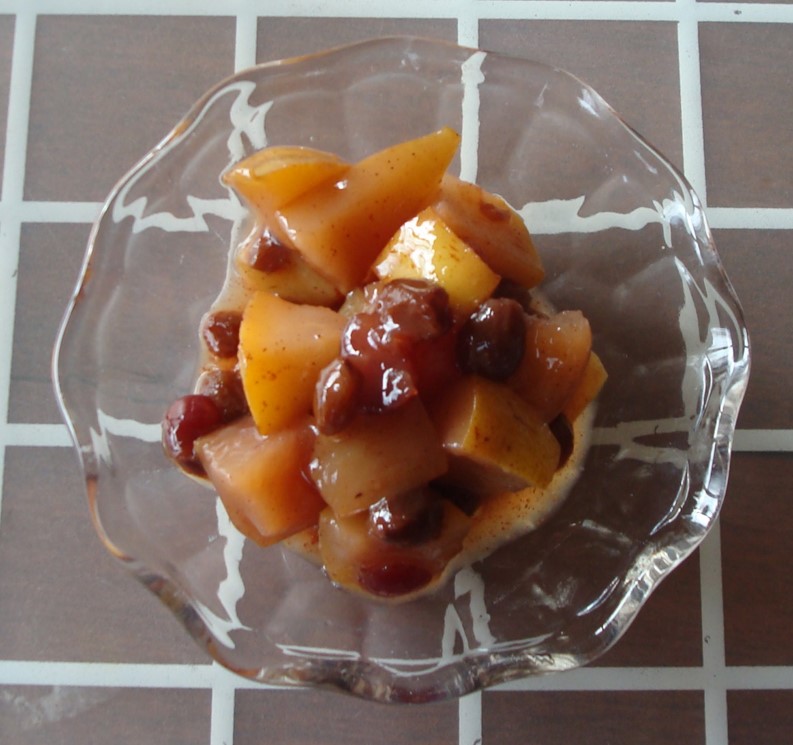 Since Grandma didn’t write anything a hundred years ago today, I t thought you might enjoy an old compote recipe that uses Fall fruits.

Core pears and apples (but do not peel); then cut into 1-inch cubes. Combine cubed pears and apples, raisins, cider, water,  cinnamon, nutmeg, and sugar in large saucepan. Bring to a boil using medium heat. Reduce heat and cook for another 10-12 minutes. Remove from heat; drain using a colander, saving save the liquid. Combine the reserved liquid with the cornstarch; and return to saucepan. Using medium heat, reheat while stirring constantly until the liquid thickens. Remove from heat, and combine with the cooked fruit. Cool and serve. 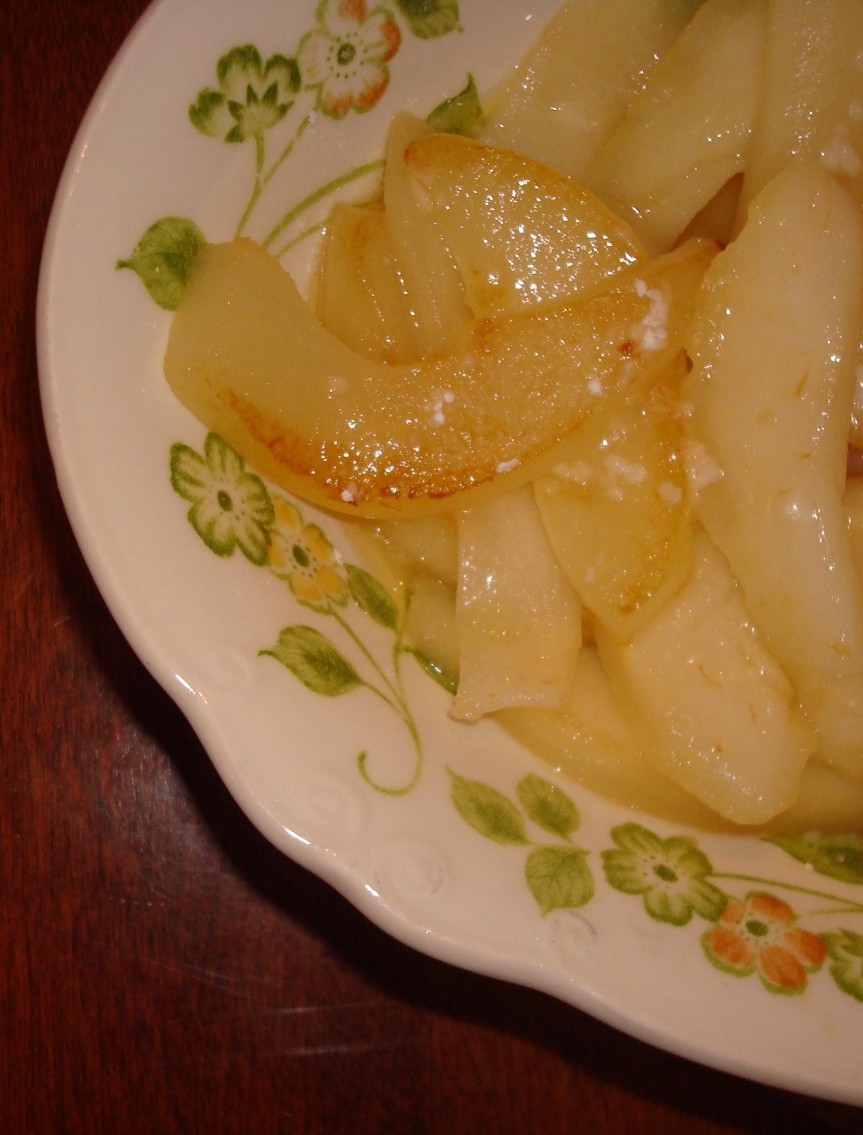 Since Grandma didn’t write much a hundred years ago today, I’ll share a recipe for Fried Pears that I found in the August, 1913 issue of Farm Journal.

Fried pears—Fried pears are delicious. Prepare in the following manner: Remove peel, seeds and core. Slice and fry to a delicate brown in drippings or melted butter. Arrange upon a dish and sprinkle powdered sugar on each piece.

I fried the pears in melted butter. At first I used a medium temperature,  but then turned it up to medium high to brown the pears. This was hotter than what I normally use when frying with butter—but the pears won’t brown until I turned the heat up.

I used a spatula to turn the pears—and probably cooked them for about 3-5 minutes on each side. Since I used such a high temperature, I watched the pears like a hawk—because I wanted them to brown but not burn.

The powdered (confectioner’s) sugar sweetened the Fried Pears slightly—but did not garnish them for very long. The sugar dissolved in less than a minute.

The Fried Pears were yummy—though very similar to what I think hot canned pears would taste like. If I made this recipe again I would skip the sugar.