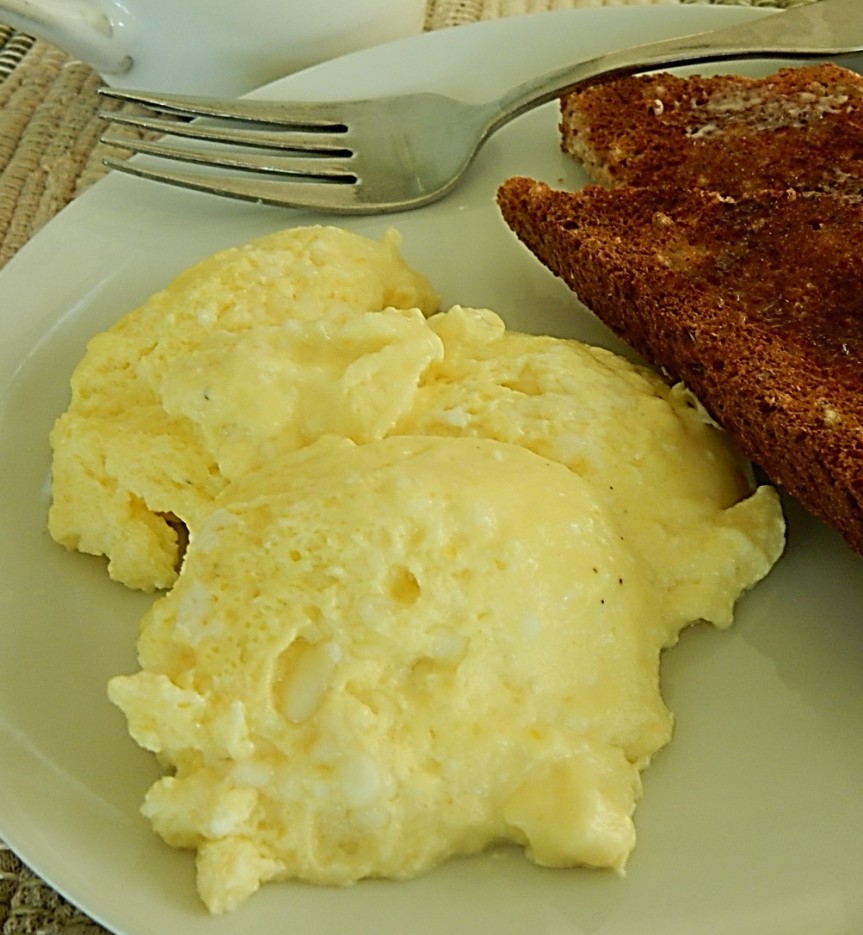 Scrambled eggs are always good, but sometimes when I make them for the fourth time in less than a month, they begin to seem boring – so I was thrilled to find a hundred-year-old recipe with a “new” twist and an intriguing name to boot.  Southern Golden Fleece is made with cream cheese and eggs, and is silky and rich.

It surprised me that Southern Golden Fleece is made using just one dish, and cooked in the oven.  Apparently the recipe author did not want to end up with a stack of dirty dishes.

Preheat oven to 375° F. Put cream cheese and cream in a large casserole dish. (A 2-quart dish works well and leaves lots of space for stirring and beating).  Place in oven for about 5 minutes or until the cream cheese is soft; remove from oven and blend using a fork.  Break the eggs on top of the cheese mixture, and stir until combined. Sprinkle with salt and cayenne pepper. Put lid on dish and return to the oven. Bake until the egg whites begin to set (5-8 minutes); then beat for 2 minutes. Cover and return to oven and cook until the eggs are set (3-5 additional minutes). Remove from oven, and put in serving dish. Serve immediately.