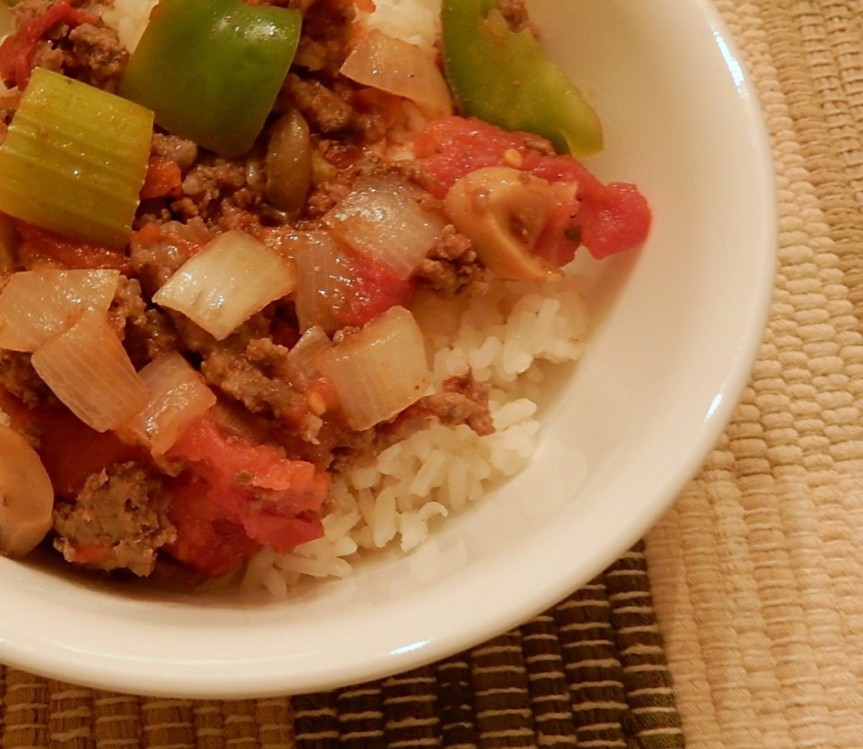 In 1918, World War I was raging. There were food shortages, and the U.S. government was shipping wheat and other foodstuffs to the troops in Europe. To help cooks on the home front use “conservation as far as possible of food which can be sent abroad,” the Kansas State Council of Defense published One-Dish Meals.

The booklet is filled with lots of intriguing recipes, but the recipe that grabbed my attention was one for Chop Suey. It bore little resemblance to the typical chop suey recipe. The recipe called for ground beef, sausage, tomatoes, onions, and celery – and not for any of the usual bean spouts, bamboo shoots, or soy sauce.  That said, this recipe was delicious, and I’ll definitely make it again.

I would like to thank ResearchBuzz for alerting me to the Kansas State Council of Defense cookbook (and to a number of other publications ranging from Silos in Wartime to Use of  Wheat-Saving Cereals).

And, here is the recipe updated for modern cooks:

2 cups chopped tomatoes (or use 1 lb. can of tomatoes)

4 cups cooked rice (or more, if you like lots of rice)

Leave a Reply to Bee Humble With Me... Cancel reply