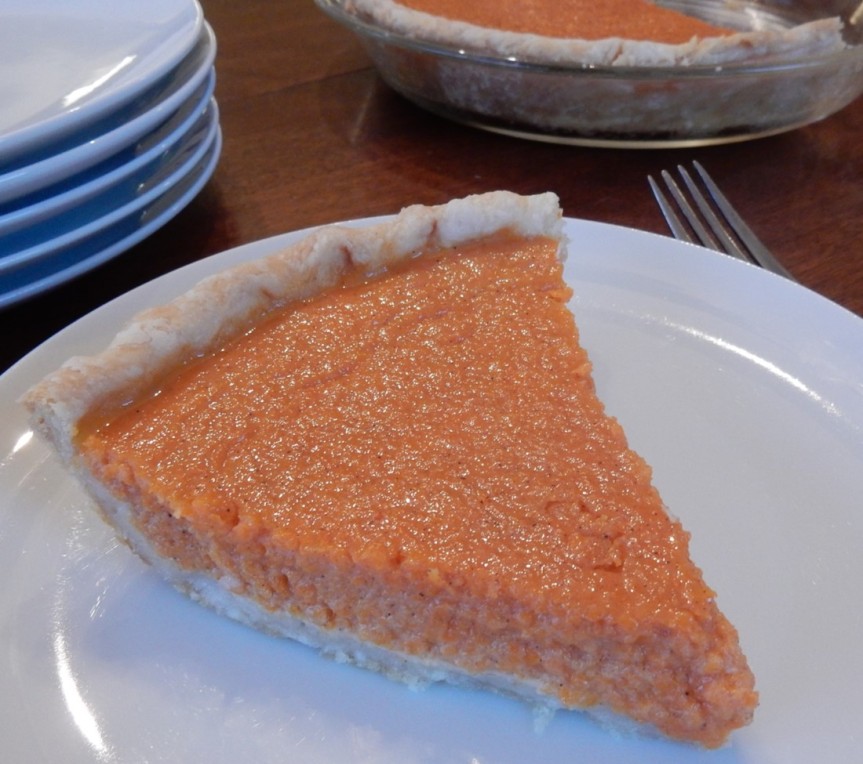 Here’s a fun, old Thanksgiving poem that you might enjoy:

They sat on a shelf in the pantry-way cool.
Said Pumpkin to Mince Pie, “You crusty old fool.”
They squabbled and each of them thought himself best,
Till Pumpkin said, “Wait for Thanksgiving — the test.
I’ll bet you my pie plate that I’m eaten first;
While you, sir, uneaten with envy will burst.”

Thanksgiving Day came, and along with it, John,
Who ate everything his keen eyes fell upon.
“A piece of each one,” Said this lad to the pies;
And, then I’ll determine which one wins the prize.”
But Johnny, alas! was unable to tell.
For Johnny felt suddenly, — not at all well.

Those wicked, old pies had continued their fight,
Till Johnny’s poor tummy grew pained at the sight;
And Johnny said tartly, both pies were so bad,
No worse one than either could ever be had.
But I think to myself that young John was mistaken.
‘Twas mixing his pies so, gave Johnny that achin’.

33 thoughts on “A Thanksgiving Tale”