Tuesday, December 30, 1913:  There’s nothing much to write about for today. Am interested in reading a book that I once tried several years ago and though it too dry. 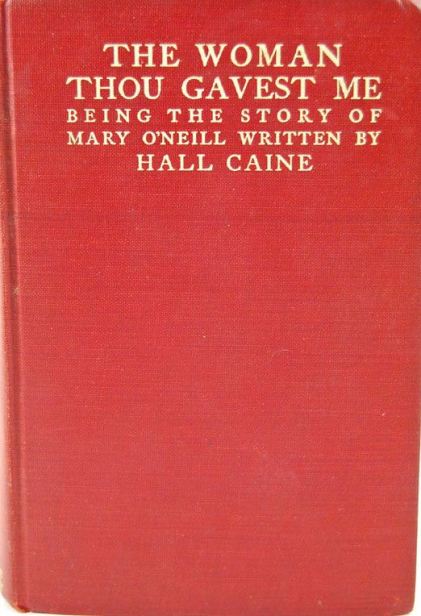 Curling up with a good book is the perfect way to spend a cold winter day.

It’s obviously not what Grandma was considering reading because it was published in 1913, but I just finished reading The Woman Thou Gavest Me by Hall Caine. It was #7 on the Publisher’s Weekly bestseller list for 1913.

This book tells the story of a young woman, Mary O’Neill, who loved an Antarctica explorer, but was forced by her father to marry another man. Her wealthy father wanted to get control of some land, so he insisted that she marry a financially-struggling nobleman who owned an estate.

(Tip to the wise:  If you’ve never consummated your marriage, but instead decide to have an affair with an Antarctica explorer, be sure to use birth control if you sleep with him the night before he leaves for Antarctica.)

This book is worthwhile reading from a historical perspective. The themes addressed by this book reminded me of the themes that Edith Wharton, another author from this era, often explored.  The Woman Thou Gavest Me was a slow read—and felt very dated; but there was something about it that kept pulling me back to it over the course of several months.

15 thoughts on “Book Review: The Woman Thou Gavest Me”