Monday, December 29, 1913:  Earned ten cents this morning a-doing darling sister’s milking. She doesn’t always pay me, but that was the bargain this morning. 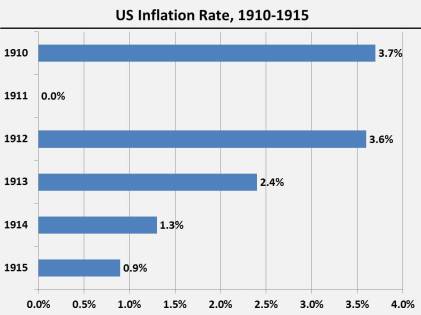 There’s been a lot of inflation over the years—though the inflation rate was only 2.4 % in 1913.