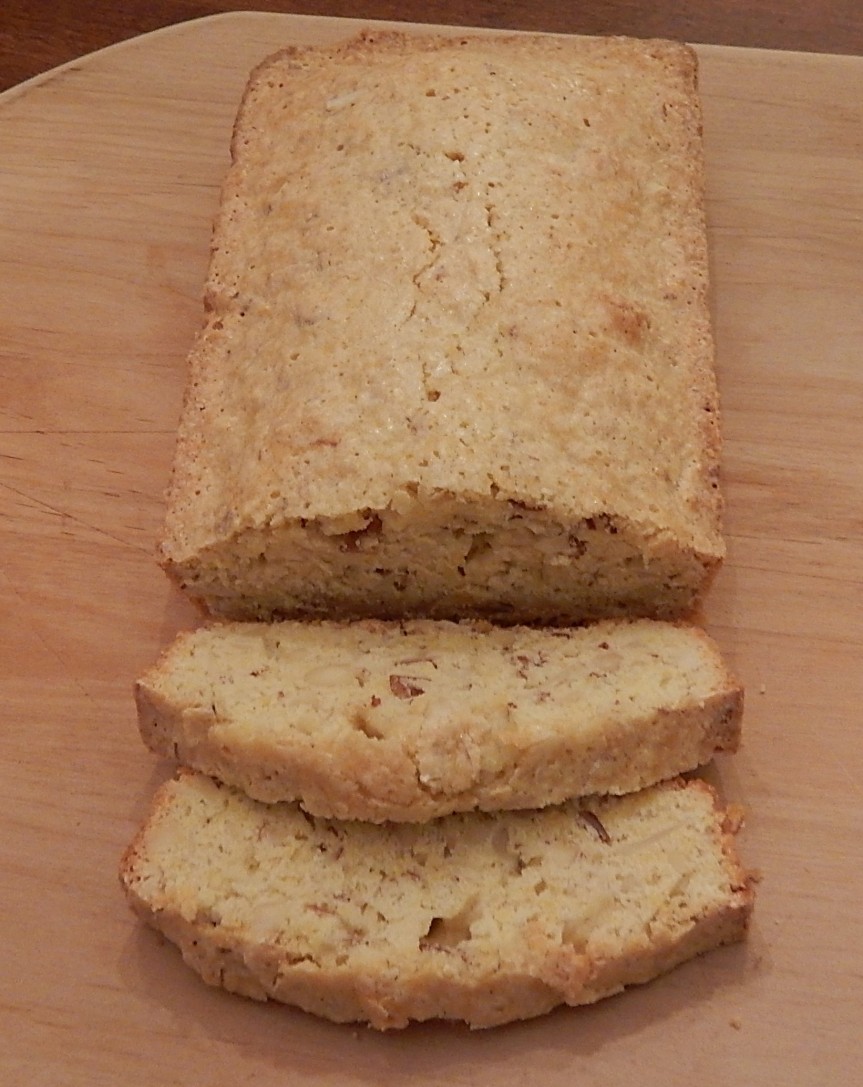 Loaf cakes are easy to make – and a nice size for our small family, so when I saw a hundred-year-old recipe for Almond Loaf, I decided to give it a try. I was also intrigued that the old recipe did not call for any baking powder or baking soda – nor it call for any fat. Instead of leavening, beaten egg whites cause the Almond Loaf to rise a small amount.

The recipe made a small loaf cake that was only about two and a half inches thick. Each slice of the Almond Loaf had just the right amount of sweetness, was chockful of chopped almonds, and was lovely with coffee. The slices reminded me a little of biscotti – though it was much softer. Is there such a thing as a soft biscotti?

I don’t know where to get unblanched almonds so I just bought a bag of sliced almonds at the store. I then coarsely chopped the sliced almonds to use in this loaf. I also didn’t have pastry flour, so I used all-purpose flour, which worked well.

1 cup almonds (I used sliced almonds that I coarsely chopped.)

Preheat oven to 335° F. Put egg whites in a mixing bowl, and beat until the whites are stiff. Set aside.

Put egg yolks in a mixing bowl; beat until smooth. Add sugar, all the flour except for 2 tablespoons, and salt; stir until combined. The mixture will be very dry and crumbly. Fold in the beaten egg whites and the remaining 2 tablespoons of flour. Gently stir until combined, then stir in the chopped almonds. Put the mixture in a loaf pan that has been greased and floured. Bake until the loaf is lightly browned, and an inserted wood pick comes out clean (approximately 1 hour).