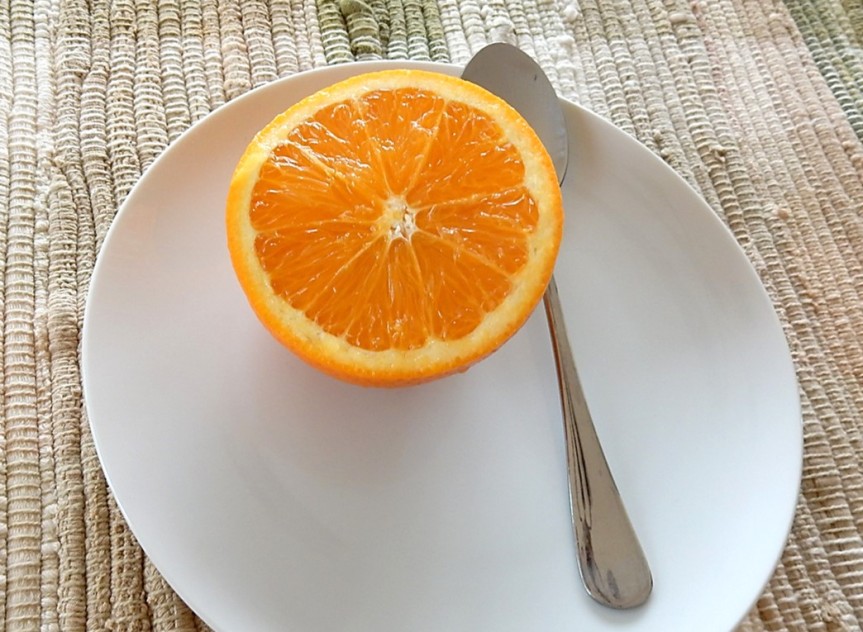 Did you ever eat an orange with a spoon? I never did until I prepared this post and needed a photo to illustrate it.

Here are several suggestions for preparing oranges in a hundred-year-old cookbook:

Ways of Preparing Oranges for Serving

Is it just me, or are the second and third descriptions not very clearly written?

For the second one – Is the author just providing a very detailed description of how to separate an orange into sections? . . . or is the author telling the reader to remove the outer membrane from each section?

And, for the third one – Why is a one-half inch band of peel left around the middle of the orange, only to then cut the band?