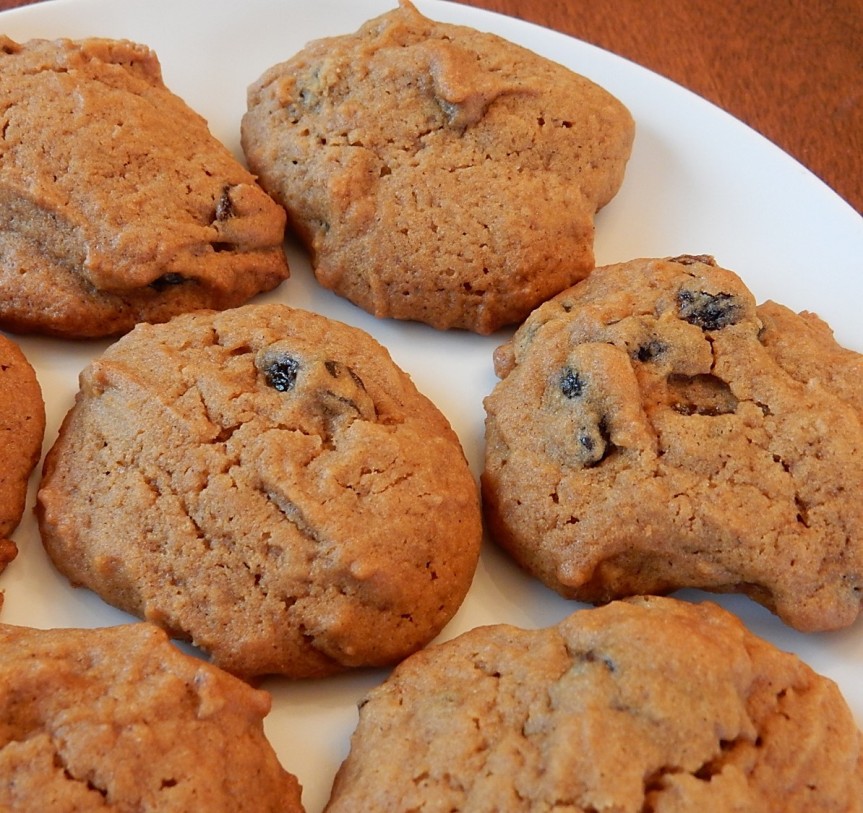 If you are looking for a hundred-year-old recipe, come back next week. This week, I’m revisiting the early days of this blog – and including a 70-year-old recipe for Soft Molasses Cookies to boot.

I began A Hundred Years Ago in 2011 to post my grandmother’s diary entries a hundred years to the day after she wrote them. My grandmother, Helena Muffly [Swartz] kept the diary from 1911 to 1914 when she was a teen living on a farm near McEwensville in central Pennsylvania. After I posted all the diary entries, I reinvented A Hundred Years Ago to its current focus on food. Today I’m going to go back to those diary years —

When I was a child, I lived about a mile from Grandma – and most of her other grandchildren also lived nearby. But one of Grandma’s daughters lived in the Philadelphia area with her husband and three children. It was always a special occasion when those cousins visited.

I recently received a comment on a post I did about Grandma’s cookies from Pat Donaldson, one of my “Philadelphia” cousins. She then followed up with an email. She wrote:

I too remember Grandma’s cookies fondly. We’d come to visit, and her cookie jar would always be full, with either Molasses or Peanut Butter cookies. The Molasses cookies were soft, with a dark crinkly top, and the Peanut Butter cookies had the trademark cross-hatching on them. We’d eat the cookies as we ran in and out of the house playing tag.

Later, when we were grown and attending a wedding we talked about those cookies and found how scarcely they were given out to our cousins, who would have to ask for just one very politely. They were scandalized that we just reached in and ate them! But we were only there one weekend a month, and Grandma never said a word about our cookie habit – just kept the cookie jar full for us.

After her funeral, we were all given a chance to take home one item to remember Grandma by. I chose her Sunbeam mixer, which came with a little cookbook. The mixer was a Sunbeam Mixmaster 10, which was sold around 1950. Since I was in college and needed a mixer, that’s what I chose.  It lasted quite a while – decades at least.  The recipe book came with the mixer

Inside the cookbook I found recipes for molasses and peanut butter cookies. I’m not sure about the peanut butter cookies – but the molasses cookies have an “X” next to the recipe, and I’m fairly sure they’re the ones Grandma baked. I’ve scanned the pages from the recipe book. The Sunbeam cookbook is still a bit recent for your food blog – but the cookies can be eaten any time.

p.s.: One year when we were visiting we went exploring in the attic, and found Grandma’s cookie stash. She must have baked dozens and dozens of them, and they were all sitting in a box waiting to go into the cookie jar as soon as we emptied it. That solved the mystery of how Grandma’s cookie jar could always be full, when we never saw her baking cookies!

Here’s the first page of the little cookbook that came with the mixer:: 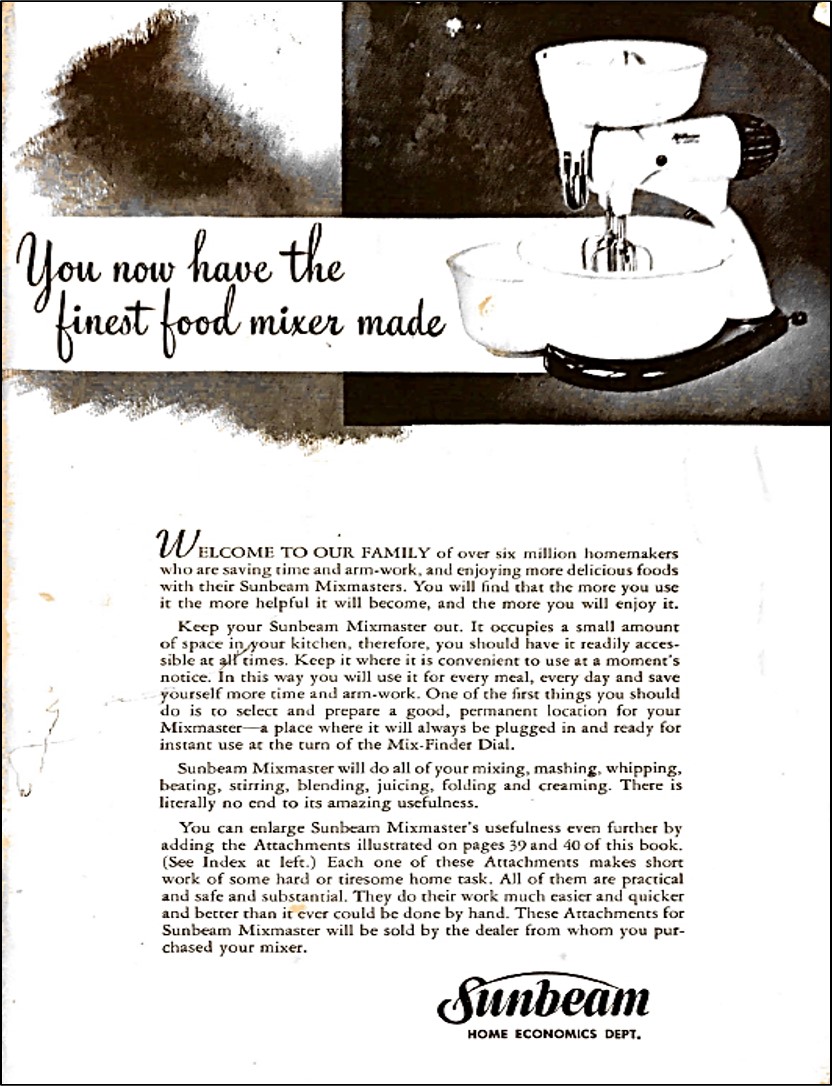 And, here’s the recipe in the cookbook (with Grandma’s “X” marking it as a recipe she had made):

Of course, I had to try Grandma’s (i.e., the Sunbeam Mixmaster Cookbook) Soft Molasses Cookie recipe. The cookies turned out wonderfully. They were soft and chewy with just the right mixture of spices and raisins. Making the cookies with a mixer was very 1950’s, but the cookies are definitely a wonderful, traditional, soft molasses cookie that brought back fond memories of Grandma, her kitchen, and wonderful times playing with my cousins.