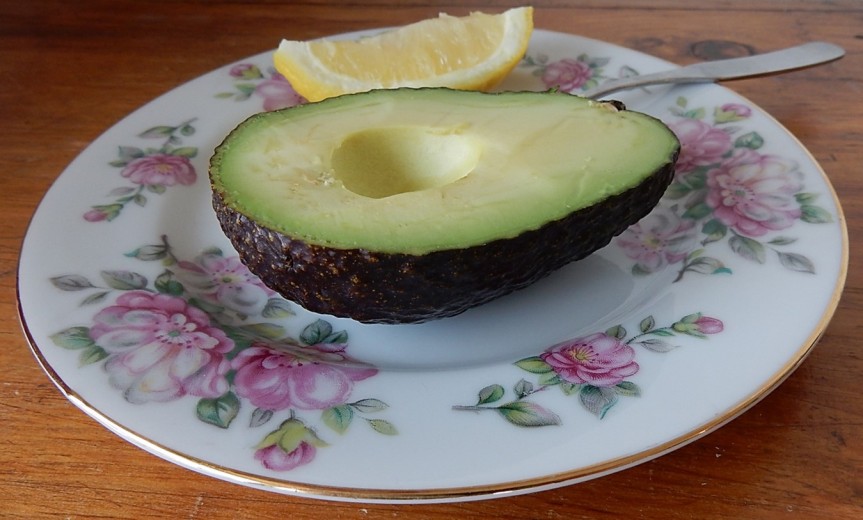 Sometimes I’m surprised by the large variety of foods that were available a hundred years ago. Apparently even farm families were beginning to eat non-local foods during the winter months. The February, 1915 issue of Farm Journal contained a serving suggestion for avocados.

The avocado or the “alligator pear, “ is at once one of the oldest and newest of fruits. It is an old standby in tropical countries and yet is one of the latest fruits introduced into the northern states. Just why it has not been more generally taken up and considered a staple rather than a luxury is not plain. It costs about the same as grapefruit. However, grapefruit is usually eaten as a fruit, while the avocado serves more or less as a vegetable—usually more. It may replace lettuce, though it is more tempting when served on lettuce leaves.

We in the North get our avocados from southern Florida or California. The avocado may be served in various ways. Often it is simply cut in half, lengthwise, and the stone removed. A quarter or less of a lemon or lime is put beside it, and it is then eaten with a spoon, as you would eat a cantaloupe. Some add a little powdered sugar.

70 thoughts on “The Avocado: A New Fruit in the Northern States”