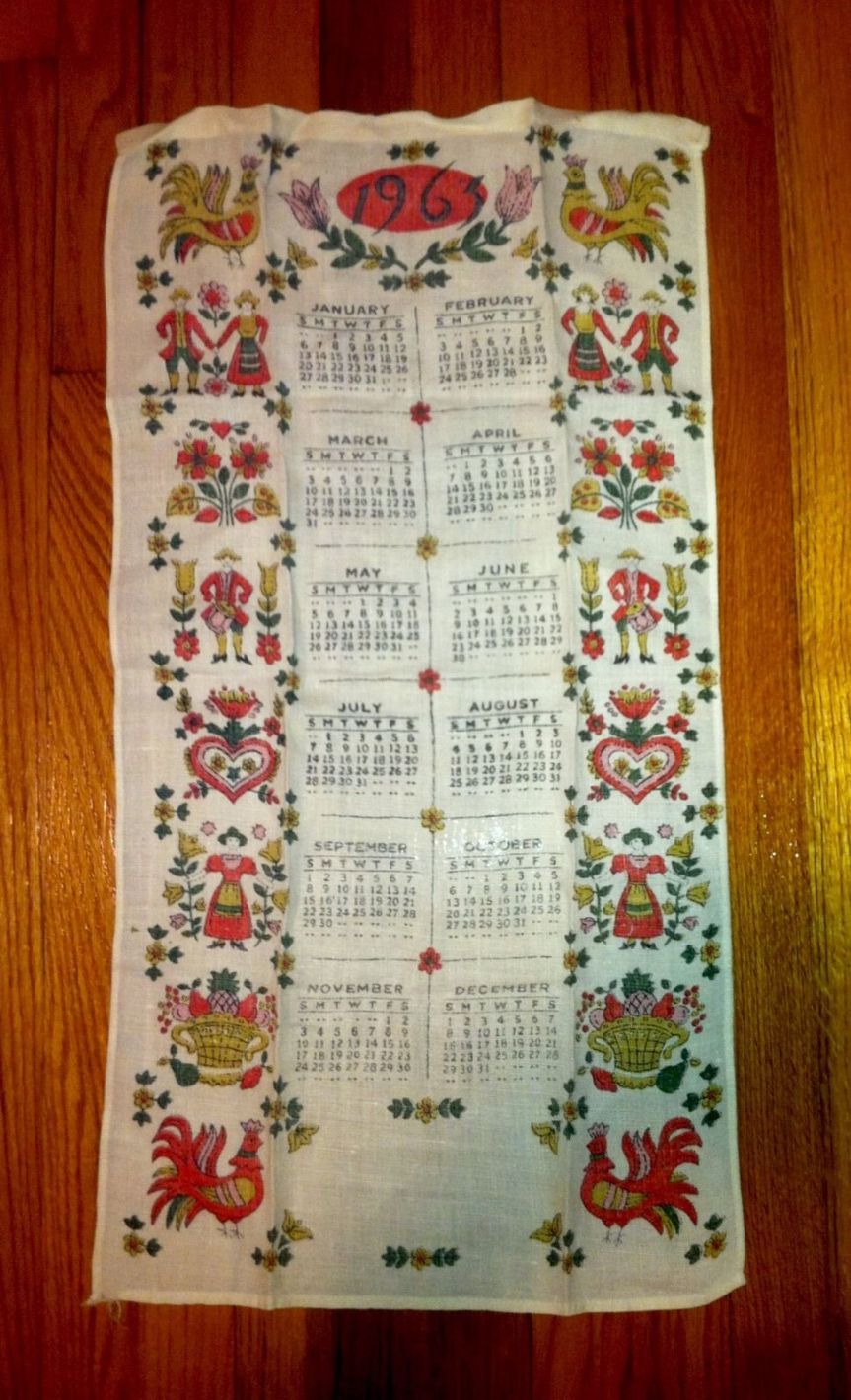 Across the past few years I’ve shared many stories about my grandmother as an older woman. I’d like to on of them since it so aptly describe my memories of her. This is what I wrote on January 29, 2011:

Since not much happened a hundred years ago on this date—let’s fast forward to another January day 52 years later–probably a very routine day from Grandma’s perspective, but a day that I still remember.

In January 1963 Grandma would have been 68 years old. I was 7 and often visited her in her cozy bungalow on a neighboring farm. Cloth dish towels with calendars printed on them were the fad at the time, and Grandma always had a cloth calendar hanging decoratively in her kitchen. The calendar towel had a dowel running through the top hem and a string attached to the ends of the dowels, and it hung from a nail that was pounded into the wall.

I noticed that the calendar said 1957. I was old enough to know that the year was 1963. I asked Grandma why she had an old calendar.

She replied, “Calendars repeat themselves every so often.” She walked over to the closet at the far end of the kitchen, opened the door, and showed me a stack of cloth calendars. On top of the folded stack was a sheet of paper with Grandma’s handwriting on it. It indicated which years were the same. For example, one row on the page may have said 1958, 1969 which indicated that the 1958 calendar could be reused in 1969.

She pulled out calendars and explained how some patterns repeated with regularity—whereas due to the vagaries of leap year–other calendar patterns seldom repeated. It was so complicated that I could barely follow her explanation—but trying to understand calendar quirks consumed my mental energy for the next several days. I looked at calendars, drew calendars, asked questions about leap year. . .

Today it’s easy to find out when calendar years repeat with a quick internet search—it was a much harder task back then. But, looking back, Grandma’s explanation that day partially frames how I think about her. She was smart, and obviously enjoyed the challenge of keeping track of calendars and years.

Grandma was also always very frugal and reusing old calendars seemed to fit her. I wonder if the 15-year-old in the diary would have been as frugal—or if the Great Depression and other events in the intervening years made her thriftier.

Four years later I think that I can answer my question at the end of that post. Based on Grandma’s diary, I think that Grandma always was fairly thrifty and didn’t like to deplete her pocketbook unnecessarily.