Monday, March 23, 1914:  Got a streak of sewing today. I get the streaks quite often in many variations. Another one is to get rid of some of my superfluous fat. 140 pounds (January) is entirely too much for a girl of my age. I don’t weigh that now, since I lost six and gained about three. Intend to take advantage of the other three and fight for dear life. 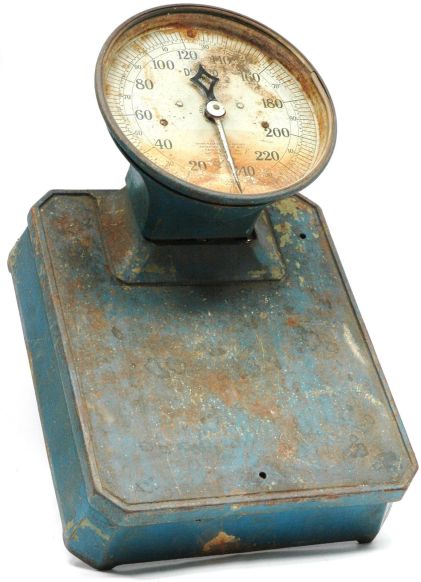 Grandma lost 6 pounds after her tonsillectomy.  They were removed on March 11, and two days later she wrote:

Weighed myself this morning. I had lost six pounds. My tummy is flat you can bet. Ate solid food for supper.

My memory is that Grandma was fairly short when she was an older woman—maybe 5 feet, 1 or 2 inches. She probably lost can inch or so as she aged, but I don’t think that she ever was over 5 foot 3 inches max.

You can do it. Hang onto those three pounds. 137 pounds sounds a little heavy—and you don’t want to regain any more.