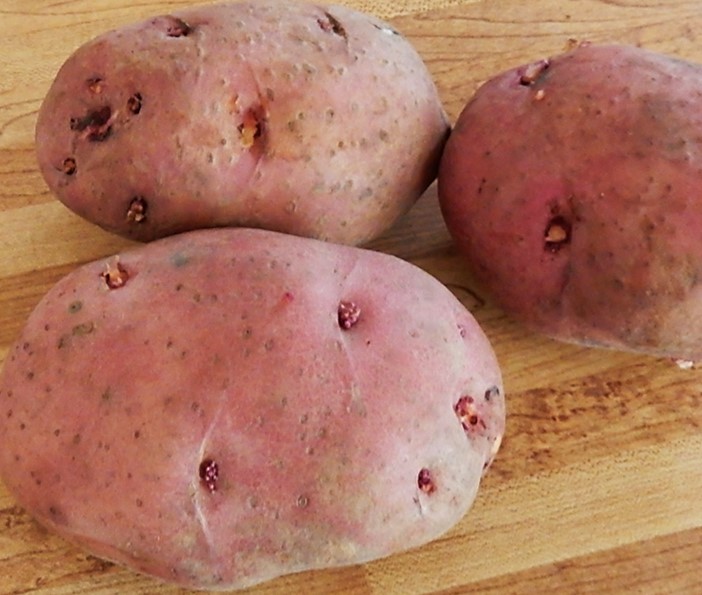 In 1917, food prices were rising rapidly in the U.S. because of World War I and the demand for food in Europe. Magazines were filled with articles about how to cope with the high food prices. One article encouraged readers to substitute rice for potatoes. Here’s a few excerpts:

Who Cares for Potatoes?

When there are cheaper foods that can take the place of Irish potatoes, why do we worry over their increasing cost? Besides, mankind has not always had potatoes to eat. The potato became widely popular only about one hundred years ago. It was the middle of the sixteenth century that the Spaniards found the potato in Peru and took it back to the Continent where it was cultivated as a curiosity.

In our own country we know the potato was cultivated in the temperate sections, for we have record of Sir Walter Raleigh’s taking it in 1585 from North Carolina to Ireland, to be cultivated on his estate near Cork. Its cultivation first became general in Ireland (whence its name) and not until a little more than a century ago did it come into widespread popular usage.

Certainly  we are not wholly dependent upon the potato for a well-balanced dietary since our ancestors thrived without it. To be sure, the potato has justly soared its popularity because of its cheapness, its food-value, its palatability, the convenience with which it can be shipped and stored, and the ease with which it can be prepared in a surprisingly large variety of attractive ways.

It is true that men and women are largely creatures of habit, but the time has come when the women, as controllers of at  least seventy-five percent of the incomes of the men of the nation, must look to our habits to see whether they are expensive and whether they need to be altered.

Starch is not the only necessary constituent of a substitute for potatoes. The potato is rich in vitamins. This property, however, is possessed by most fruits and vegetables, and by milk.

Rice would more than fit the bill, as it contains nearly three times as much energy-building material as the potato. If we substitute it for potatoes, me must have at the same meal vegetables or fruits that will supply the needed potassium and bulk. Such vegetables and fruits are: Cabbage, cauliflower, asparagus, cucumbers, beets, lettuce, celery, string beans, parsnips, rhubarb, rutabagas, spinach, tomatoes, turnips, bananas, apricots, lemons, oranges, peaches pineapple, strawberries.

In purchasing rice we have a chance to economize by buying the broken kernels, which sell for several cents a pound cheaper than the whole grain, and have exactly the same food value.

Not that we wish to taboo potatoes–far be it from that–but since their price is relatively high we can save money by using potato-less menus.

39 thoughts on “When Potatoes Are Expensive, Substitute Rice”